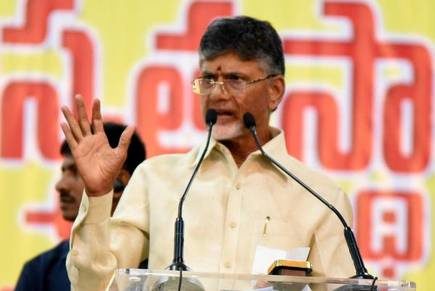 TDP Chief Chandrababu Naidu has reacted to the ongoing protest of the students demanding the fee reimbursement and scholarships.

Students in Andhra Pradesh are protesting against the state government demanding for the timely payments of fee reimbursement and scholarships. As the payments are getting delayed, the students came onto the roads and raised slogans against Chief Minister YS Jagan Mohan Reddy.

Opposing the act, AP police performed lathi charge on the protesters. Reacting to the same, Naidu had tweeted one such video where the police were seen hitting the protesting students.

While on one side Amaravati farmers are protesting against the state government, on the other side witnessing the ire of students is expected to further worsen the position of  the YSRCP government.