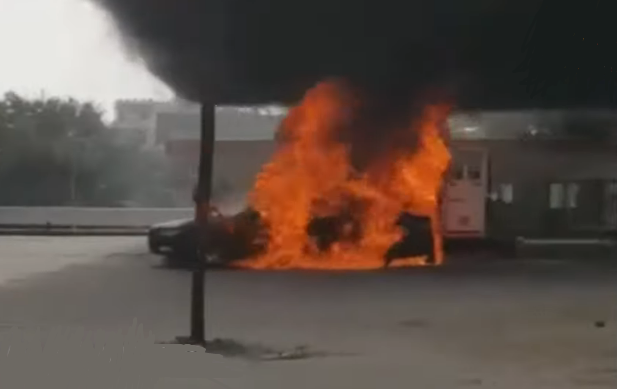 The fire soon caught the entire car and thus got damaged completely. Even the fire officials were contacted as the flames went on increasing. People living in the surroundings were threatened by the incident anticipating that the flames would catch the diesel and petrol and worsen the situation.

Numerous incidents of this sort have been taken place in the recent times. The possibility  for the fire accidents at petrol bunks are due to switching on ACs in cars, using cell phones and so on. In spite of numerous warning boards at the bunks asking not to use any of such gadgets, people are still falling prey for the dangerous fire accidents only due to the pure negligence.

For the past few days, rumours are making rounds on the internet that pan-India star Prabhas and Bollywood actress Kriti Sanon are dating each...
Read more