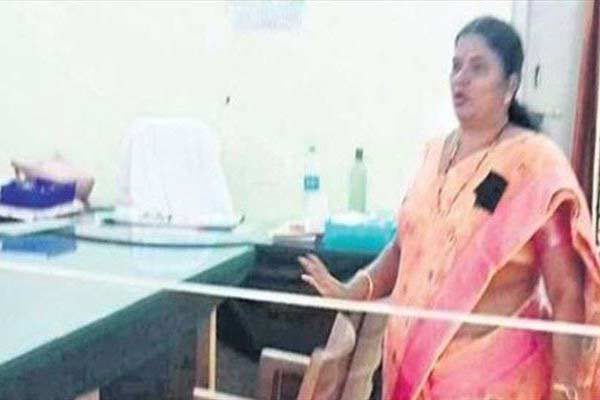 MRO’s murder in Hyderabad has shaken Telangana and Andhra Pradesh. Now the revenue department officials across the Telugu states are taking extra safety measures, to make sure that the scene will not repeat again. Once such incident has been witnessed at the MRO office in Kurnool district.

The concerned officials tied a strong rope at the entrance of the MRO’s cabin in Kurnool’s Pathikonda. The one who wishes to give the applications to Uma Maheshwari, the MRO officer over there, have to give them, standing at the rope itself and are strictly instructed not to cross it, under any circumstances.

When the media questioned her, she said that the idea has been generated, only after MRO Vijaya Reddy’s murder in Abdullahpurmet.

Meanwhile, the revenue department officials are protesting against the state government, blaming Telangana Chief Minister KCR for the murder. They left the offices right after the tragedy took place and are still continuing the protest, demanding for the right justice at the earliest.