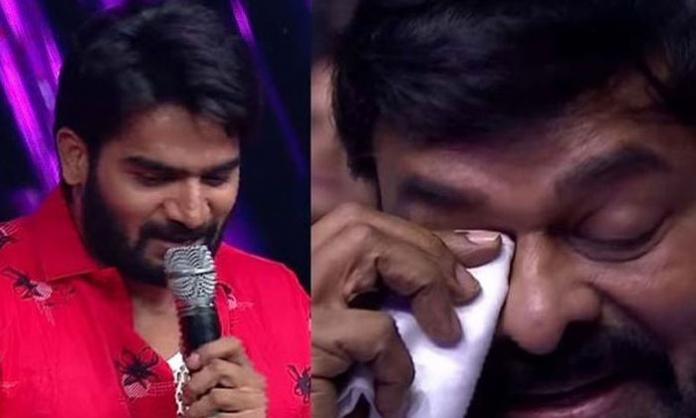 Awards shows are also turning into reality shows. Take for instance Zee Telugu awards, so many people were weeping on the stage and off it to. It began with Karthikeya crying and falling at Chiranjeevi’s feet and in turn Chiranjeevi too began to cry.

He was seen wiping his tears with a tissue. Then Anand Devarakonda gave a moving speech and his mother was seen weeping. Then we saw Puri Jagannath also wiping his eyes. Now it is the turn of sponsors, the Zee Telugu channel made them cry by extracting big enough money for telecasting it.

Seeing all these people cry, the audience wondered what the tears are all about and waited for the big day to see it on television. Believe us, there was nothing extra special. Whatever you saw in the promos is what actually happened and there was nothing more.