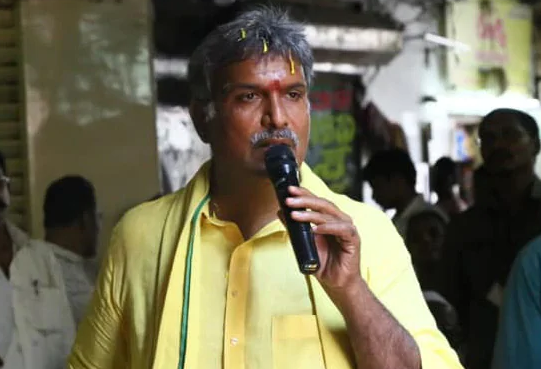 The suspension of ex-Chief of intelligence AB Benkateshwar Rao has given rise to multiple controversies. We have seen how Kesineni Nani has reacted to this suspension by tweeting his comments.

He went on to state that he expected Jagan to reward the person who was responsible for his victory and did not expect that he would suspend someone who is the reason for TDP’s loss. He received a reply from Venkateswara Rao on Twitter asking then why did Ambati Rambabu said that he was the reason for their victory?

While Chandra Babu Naidu and other TDP leaders are talking in support of AB Venkateshwara Rao, Kesineni Nani says that he doesn’t agree with TDP party’s beliefs. When one of the TDP leaders Pattabhi had been to a debate in a TV news channel, he was questioned on Nani’s tweet. To that he responded by saying that it was entirely Nani’s personal opinion.

Kesenani Nani had reacted to Pattabhi saying that if TDP Party believes that it is rightful to support corrupt officer, then yes, I’m completely against to party’s ideals.

According to the sources, the Party President Chandra Babu Naidu has been serious on Pattabhi for going public about the differences within the Party. So now, let us see what will be his disciplinary action on Kesinani Nani for speaking against the party?!