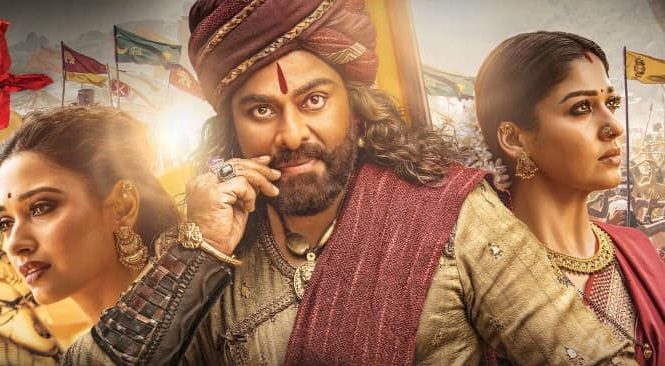 Megastar Chiranjeevi’s magnum opus Sye Raa Narasimha Reddy turned out to be a massive hit. Released on October 2 worldwide, this film had created wonders at the box office in India as well as overseas.

Megastar played the titular role in this big-budget film and won the hearts of the audience with his terrific performance.

We had earlier reported that this film has already earned a whopping amount of Rs 40 Crore even before its release. The film’s digital rights have been sold to Amazon Prime Video at this staggering price.

Now, we have super exciting news for all mega fans and movie buffs. Are you wondering what it could be? Or Do you have any guesses on this news? Yes, hold your breath, before we actually reveal this amazing, interesting news, which will definitely make you all cheer up.

Much to the delight of those who missed watching the recent flick of Chiranjeevi in theatres, Sye Raa, its Hindi version is set to be available on Amazon Prime Video from 6 December 2019. Moreover, this periodic film will be screened on Gemini TV soon.

Directed by Surender Reddy, the period drama is produced by Ram Charan under his home banner Konidela Pro Company for a whopping budget of Rs 200 crore.

Are you excited to watch Sye Raa on Amazon Prime?