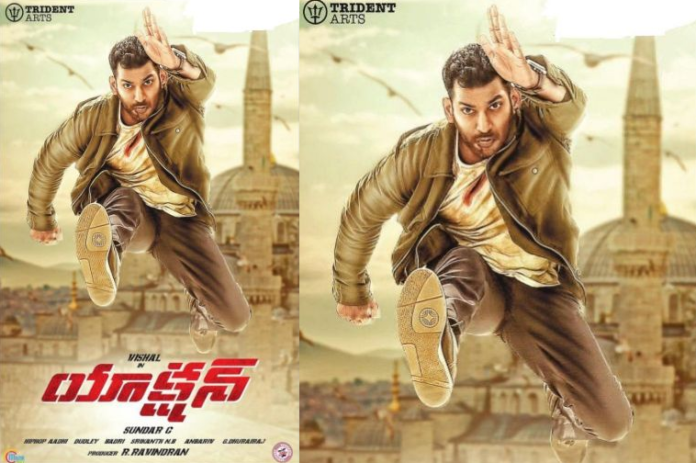 After Temper remake Ayogya, Vishal is coming up with one more film called “Action”, which will be the second film of the actor to hit the theaters in this year.

Though being a Tamil actor, Vishal has a good following even in Telugu. Right from his debut Pandem Kodi till his recent Abhimanyudu, he also enjoyed a decent following in Telugu, along with Tamil. Now the dynamic hero has recently revealed that the budget of his new film ‘Action’ is Rs. 55 crores.

He appreciated the producer for investing so many crores, believing in him. But in reality, Vishal does not have such big market. Even a super hit from the star, cannot collect more than Rs. 10 crores in Telugu and few more crores in Tamil. But the makers betting big is showcasing the confidence they have on their product.

“Action” is a high voltage action thriller, that is set to hit the theaters on 15th of this month, both in Telugu and Tamil simultaneously. Sunder C, who earlier gave a super hit like Aambala to Vishal, is directing the actor one more time and is confident of bagging another hit with Action.