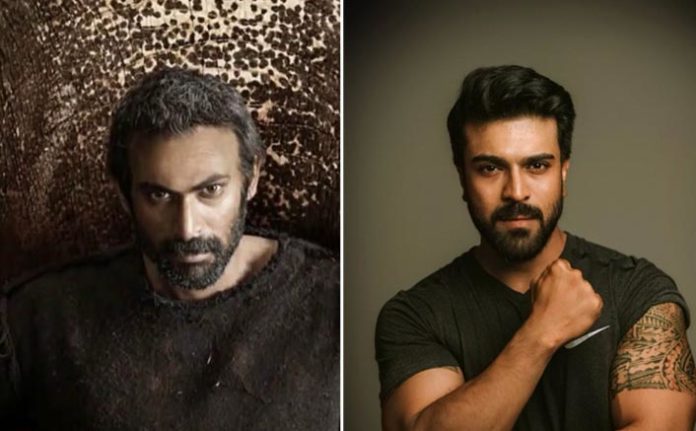 Handsome hunk Rana Daggubati set the internet on fire with ‘Aranya’ teaser where his thick bread, lean look and his walking style stole the hearts of the audience. He is on cloud nine following all the praises and appreciation he has been getting for the teaser ‘Aranya’.

The latest one to join the list is his best friend Ram Charan. He took to Instagram to heap praises on his friend and to let Rana on how excited he is after watching his action in the teaser.

Ram Charan took to his Instagram story and sent his best wishes to the movie. Charan’s Insta story reads, “Amazing transformation by Rana!! interesting concept!! All the best!! #Aranya”

On the film front, Aranya stars Rana Daggubati, Pulkit Samrat, Zoya Hussain and Shriya Pilgaonkar in lead roles. This film will have a completely fresh story-line and most of the shoot took place in the jungles of Kerala. Touted to be a tribute to the Rajesh Khanna film, the film will hit screens on April 2.