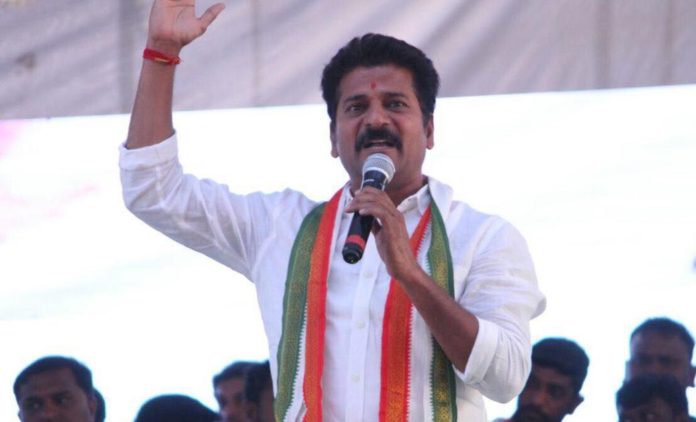 Telangana Congress firebrand leader, ‘Kodangal Lion’ Revanth Reddy has been dormant since the humiliating defeat in the Assembly and Parliamentary elections. His presence is municipal election campaigning was nominal and every Congress supporter is missing that Old Revanth.

While Congress is in a devastating state at the Centre, Sonia is expecting more from Revanth but his recent behaviour is not at all encouraging for the oldest party in the country. He did not comment on the disastrous performance of their party in the Municipal polls and the party lost the majority of seats in Revanth’s Malkajgiri constituency.

There was no smear campaigning from Revanth Reddy in his own constituency and the few leaders who won the municipal seats from the Congress were looted by the TRS party and Revanth hasn’t bothered to attack TRS. Now, Sonia Gandhi is desperate for a leader in Telangana to raise his voice against this looting of TRS but Revanth is no mood to escalate the situation.

The biggest worry of Sonia is there is no other leader than Revanth that she could count on and the other senior leaders in the party are not at all interested to take Revanth’s spot. So, we can expect Revanth to visit Delhi soon and Sonia should motivate him if she wants any remains of the Congress in Telangana.