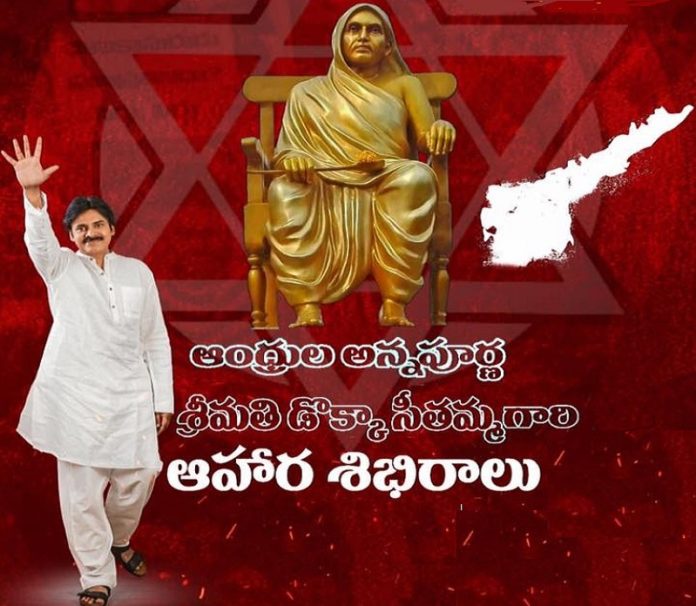 Janasena Chief Pawan Kalyan has been consistently raising his voice in support of the building construction workers of Andhra Pradesh. After conducting the long march recently, that pooled lakhs of people, the actor turned politician is now resorting to a new plan.

It is an open fact that there is a scarcity of sand in the state. A state government is supposed to look after the issue and sort it out as early as possible, keeping in mind the struggles, workers are facing. Adding to it, YSRCP government is also responsible to take care of the workers, till the issue gets solved.

But Janasena, a normal political party that has just won a single seat in the last elections and is even lacking funds, establishing the food camps is now receiving appreciations from the netizens. If Janasena continues to move forward with the concepts of this sort, it may soon earn a decent image and the same may be reflected in the next elections.