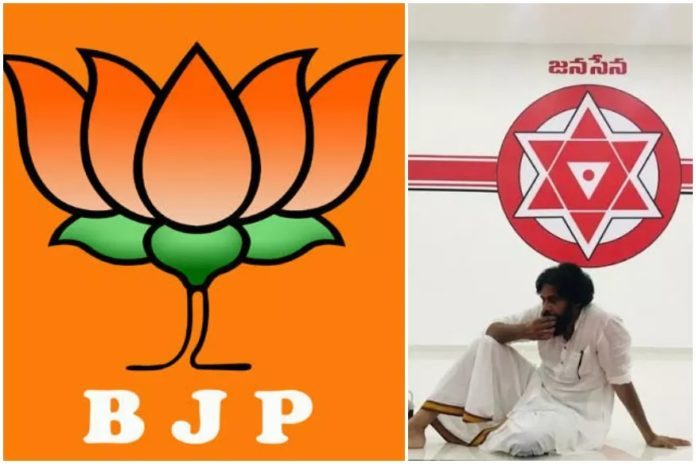 The alliance of the Janasena and BJP started to prove as a worthy one with time. The Janasena party has started to shape up nicely in Andhra Pradesh while BJP is using this alliance as a political mileage in Telangana. It is known that Janasena is planning to participate in the local body elections in Telangana.

With this recent alliance, they might hold back and give their full support to BJP which is aiming to emerge as the second biggest party in the state after TRS. Considering the questionable state of the Congress in Telangana, with the encouraging results from the Lok Sabha polls, BJP already proved TRS that they are one more case to worry about.

Now giving the BJP a head start, surveys conducted by several organizations say that there is a groundswell of opposition for KCR and his governance. It all happened after a few hours to their alliance with Janasena in AP. There is no need to mention the following of Pawan Kalyan as a popular personality in two Telugu states.

Now with these surveys, here is an interesting finding is that the voters are consolidating behind the Congress wherever it has a winning chance. Even the pro-BJP voters are aligning with Congress where the latter has strong candidates. So, we can tell that the BJP’s decision to form and alliance with JSP is doing wonders for them.