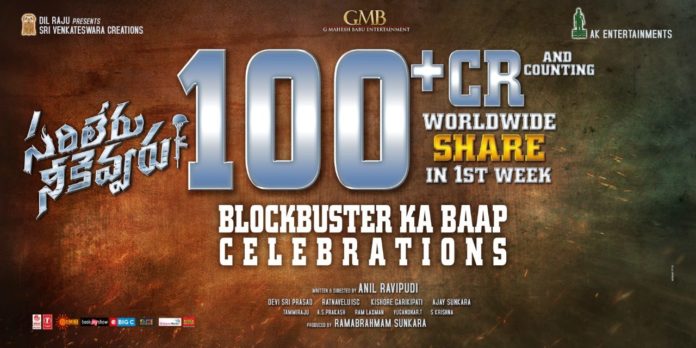 Yes, what you are reading is absolutely right! Going into the details, there is a long train episode in the film which features Bandla Ganesh, which the filmmakers feel is not relevant. They want to replace that episode with another featuring Rao Ramesh.

As per our reliable sources, the new version will be played in the theatres from January 18th i.e. today. On the other hand, Sarileru Neekevvaru has managed to join the prestigious Rs 100 Cr Club. There is no doubt that it will join $1 million mark very soon.