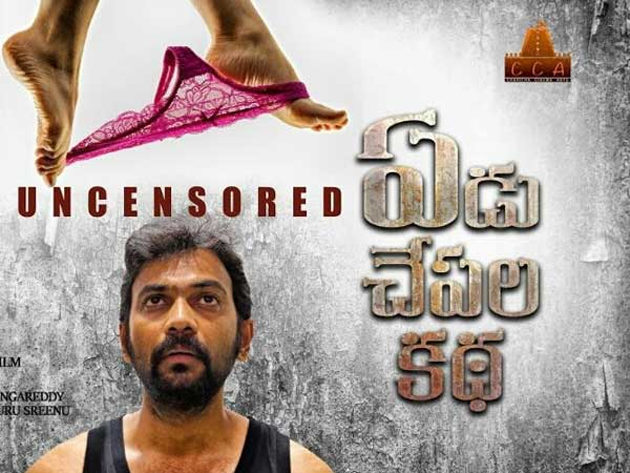 Unlike playing around the bush, Yedu Chepala Katha is majorly betting big on the adult content. The film has been constantly in the news over a year and is finally set to enter into the theaters tomorrow, clearing all the censor formalities.

The long awaited film, that is majorly targeted at youth audiences, is set to make it big on the first day itself. Owing to the craze for the project, the makers are releasing the film in about 50 theaters in Hyderabad itself and in total, Yedu Chepala Katha is going to run in over 250 theaters all over.

As the project is clearly hinting that it is going to be an out and out bold film, and even the censor talk revealed the same, the film is expected to get a decent attention and thus witness come magical figures at the box office, right from the first day. If it turns true, then several filmmakers would join the queue to pick the similar genres.

Yedu Chepala Katha is set to hit the theaters tomorrow, amidst of massive expectations among the youth audiences. Sam J Chaitanya is directing the film and Abhishek Reddy and Bhanu Sri Mehra will be seen as the lead couple.