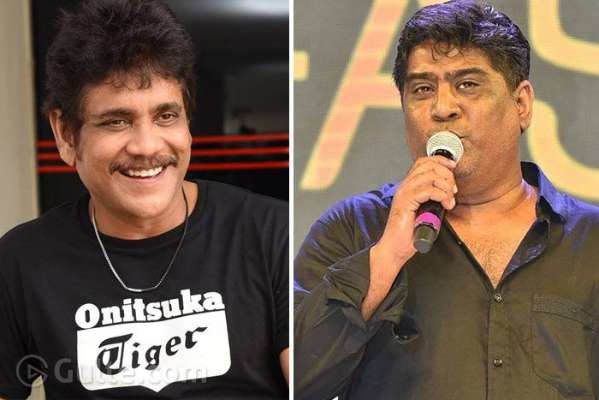 The writer’s duo Hari and Solomon impressed the audience with their interesting story- Maharshi. The latest news is that one of the writers, Solomon, is all set to make a debut as a director.

Going into the details, it is heard that Solomon has recently narrated a storyline to King Nagarjuna and he has managed to impress the senior actor with his script.

A source close to him says that Solomon will narrate a better and improvised version to Nagarjuna soon.

It may be recalled here that Solomon had worked for the script of Nag’s Oopiri along with Vamshi Paidipally.

However, the writer’s duo has received huge acclaim with Mahesh Babu’s Maharshi.

On the other hand, we all knew that Mahesh has given another chance to Vamshi Paidipally after Maharshi. Along with Vamshi, Solomon is also working for the script of Mahesh Babu’s next.

But, Solomon, who started trying his luck by his own, happened to impress Nagarjuna with his unique script.

As Nagarjuna did not give a nod to any other director after his Manmadhudu 2, this movie might take shape soon. Matinee Entertainments will produce this film.