More
Home Political News Who is ‘ PILLA KUNKA ‘ Mr.Naidu? When will you learn? 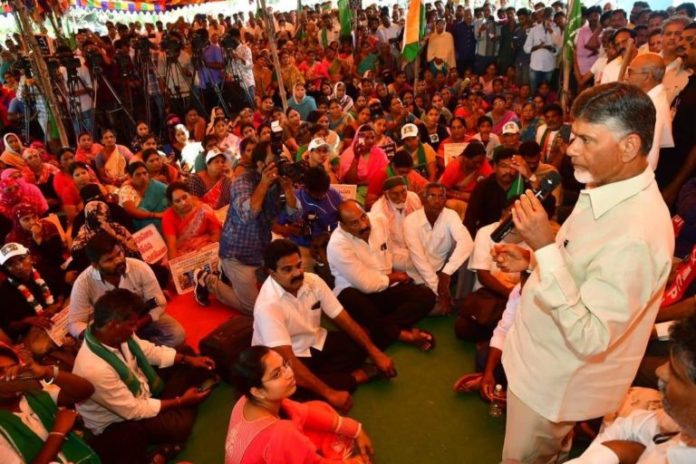 Chandra Babu Naidu is a kind of politician who doesn’t learn from his mistakes in the past. In this political era, where every one is inviting so new atcticts in their political startegies, Chandra Babu sticks to old basics and bullying that irks his own TDP supporters. For Naidu, victory gives arrogance and defeat develops impatience. With this kind of mentality he barely has senses while speaking in Public.

Now, Chandra Babu’s comments in a public meeting in support of Amaravati in Tenali in Guntur district went controversial. CBN said, “PILLA KUNKALU, these guys are making me learn lessons.” “I had already told that voting YSRCP equals to holding a current wire and now all of you people were burned.”

Chandra Babu need to keep one thing in mind that Jagan’s government hasn’t completed at least 1 year yet. When Naidu was in power, the TDP leaders along with their supremo told that only two years were completed and we will show what we are by the end of our term when they were asked about the progress of any development work in Amaravati.

Naidu evens said that Vizag got metro in his reign and went on saying that YSRCP leaders stood between TDP and the Airport in Vizag without any second thought and shame. Where is Metro in Vizag Naidu? We all know that the Vizag Airport was disapproved by the centre due to their mis understanding with the government.

Naidu bashing the YSRCP leaders and Jagan as ‘Pilla Kunkalu’ seems funny as Jagan has the capacity to abolish not only the council but also the opposition status to the TDP.