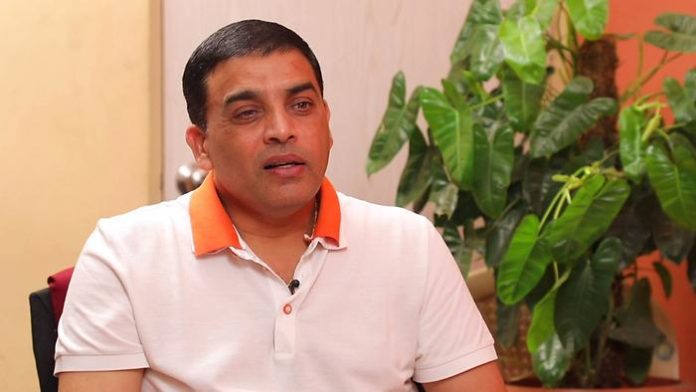 Dil Raju hosted another promotional even yesterday at Vizag. None of the team is showing enthusiasm but since he is the one who liked the original and convinced the lead pair to do it, he is going all out to promote it. The notable part is Dil Raju doesn’t need an anchor, he can talk spontaneously and go on and on for hours at any event or a press conference.

Once when someone in his production house suggested they hire an anchor for a movie promotion he is said to have remarked, Endhuku 25 lakhs bokka? Nene Chestha. Well, sounded good but he can’t go about it, always right? The audience too will get bored and will want to have someone else speak. In the past one week, he has been a one-man army talking and promoting the film.

If Dil Raju had not been there for the promotions, Sharwanand would definitely not participate in it. Because it is the producer who is tagging along, Samantha and Sharwa are forced to go with him. The producer considers promotion as a very important aspect of film making. If you don’t own it up and take it to the audience, why would they even bother to see it?