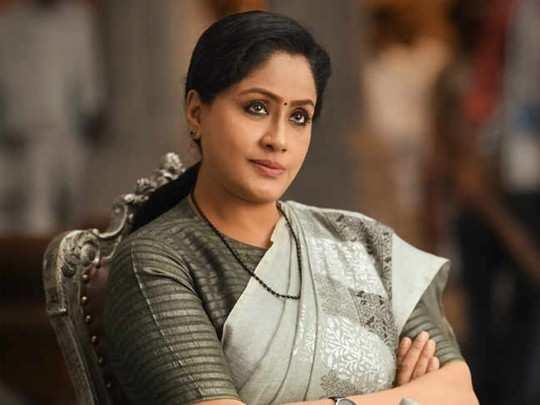 Actor turned politician Vijayashanthi shifted back to the Bharatiya Janata Party a few months ago, from Congress. Owing to her constantly changing parties, people are often confused about where her loyalties lie, which is why she ends up getting a lot of mixed responses to whatever statements she makes.

It is known that the Central government has announced that vaccination would be free for all the citizens of the country. This announcement was made by Prime Minister Modi yesterday, and while some took it the right way, some criticized the PM, saying that a lot of lives could have been saved, had this decision been taken much earlier.

MP Owaisi is known to make several bold statements against the BJP and PM Modi, and as expected, he made several statements against the Centre and PM Modi in this respect too. Responding to this, Vijayashanthi tweeted a reply to Owaisi’s statements on her Twitter handle, which has received mixed responses from the public. Her tweet reads “It is natural for a nation with over 136 Crore population to have a vaccine shortage. Most of the world is operating on a shortage of vaccine doses. For the vaccine that was approved in July 2020, where should the government have placed an order with, and whom? Did you not tell your Siamese twin TRS Chief KCR that everyone has to get vaccinated? If giving 25% of the vaccine to private hospitals in VIP culture, should giving the entire dose of vaccines to the TRS party be called Black Market culture?”

While a section of people appreciated Vijayashanthi’s tweet, a section of people called her out. Netizens said that countries like the UK and Canada were ordering more vaccines than necessary, and asked why the government of India couldn’t order at least 10% vaccines, against its total population. All in all, while the Centre may have taken the wrong step initially, the fact that it announced free vaccination to all is a commendable effort.

It has been quite a while since slender beauty Rakul Preet Singh starred in a mainstream Telugu biggie. She has been focusing on her...
Read more
Movie News

It has been quite a while since slender beauty Rakul Preet Singh starred in a mainstream Telugu biggie. She has been focusing on her...
Read more
Political News