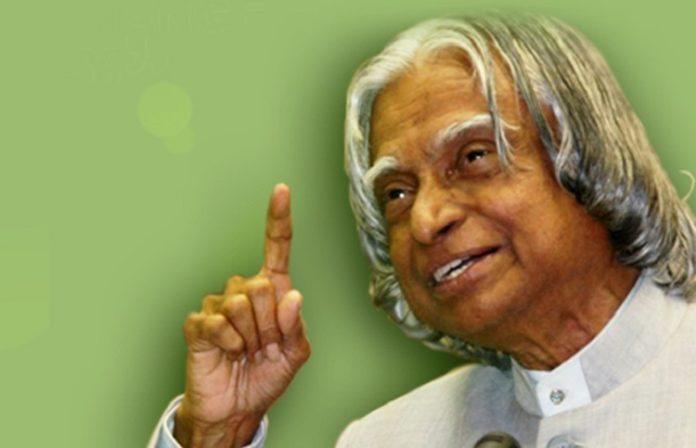 Apart from Abdul Kalam’s inspiring side, appealing thing from his physical side would be his long gray hair. There were several discussions on his hair style and Kalam himself used to  groom it preciously.

Here’s the back story behind the legendary Kalam’s much talked about hairstyle. In Tamil Nadu’s Ramanathapuram, Kalam’s ancestors used to grow long hair and so Kalam had to follow the tradition right from his childhood and never attempted any changes till the end of his life.

During his Delhi days, Kalam used to regularly visit a salon for haircut and used to pay Rs. 500 each time he took their services. The salon is run by people, belonging to his ancestor’s roots.

Two barbers, Amjad Habib and his father Habib Ahmed have been styling Kalam’s hair for several years. Amjad said that when the former Indian President first came to his salon, he had very long hair that he’d grown over months. “He came to my salon after many months, soon after the Pokhran-II nuclear test. During that time, he had not been able to step out for a long period of time, so he had really long hair and nails. He came to me and asked if I could give him a hair and nail cut,” Habibb said.

“He was fond of long hair, so he wanted to keep them slightly long, but also wanted the haircut to be tidy and very easy to maintain. The style I gave him is called ‘reverse graduation’, and had been very famous among rock stars and pace bowlers like Imran Khan. But when you keep your hair long, they fall on the forehead. So I tried giving him the haircut with limited steps to keep it convenient for him. He really loved it. I remember, cutting his nails was a more difficult job and took a lot of time,” says Amjad.

“Earlier, he used to go to my father, Habib Ahmed, at a salon in a hotel on Lodhi Road for his haircuts. Then my brother gave him a few haircuts, and later, I started giving him haircuts. He was very fond of the haircut that I gave him. When he became President, he had to follow protocol, but he asked his own barber to maintain the same style,” says Habibb.

He says that in 18 years, only once did Abdul Kalam come up with a request to change the haircut. “He asked me if he could have a different haircut, and I did what I was told. Twelve hours after he left the salon, he called back to say, ‘From now on, if I ask you to change my haircut, never do it.’ After that call, he would come to the salon after every hair wash to get a blow dry till he was back to his original haircut,” says Habibb. He recalls that after watching Kalam get a haircut, a girl was very impressed and wanted the same cut. “She wanted the Kalam cut and kept it for six months,” he added.