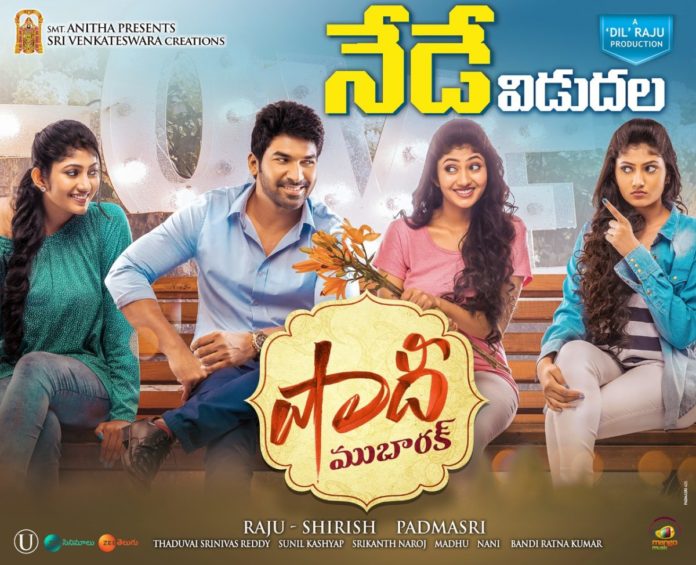 Small screen actor Sagar RK Naidu, famous for his roles in Telugu TV soap operas Mogalirekulu, and Chakravaakam is pinning high hopes on Shaadi Mubarak. The film is billed to be a comedy caper and here is what we felt after watching it.

In a bid to find a suitable life partner, Sunnipenta Madhav (Sagar RK) returns to India. He gets in touch with a marriage bureau and the owner agrees to set him up with potential partners. But things take interesting turns after bureau owner sends her daughter Satya Bhama(Drishya) along with Madhav for bridal glances. The journey of the duo forms the rest of the plot.

Sagar RK Naidu is a seasoned actor and he puts all of it to use as he plays a simple and settled lad. He looks composed in his role, but he could have done well in emotional scenes. Drishya Raghunath is a noted face in Malayalam cinema and she is making her Tollywood debut with Shaadi Mubarak. She also stutters in emotional sequences. Comedians Rahul Ramakrishna and Bhadram generate some laughter.

The lead pair misunderstanding each other in the early stages and then realising their mistakes only to fall in love later is a tried and tested formula. Shaadi Mubarak treads a similar path but the director Padmasri infuses bridal glances concept to make a little more interesting. A few comedy scenes in the first half generate laughter. But for some reason, emotional connect is left to air. The emotional sequences are poorly written and the narration falls flat in penultimate episodes. The climax is very underwhelming.

Srikanth’S cinematography deserves a special mention. His visuals, paired with Sunil Kashyap’s background score add some technical value to the film. Editing should have been better.

Shaadi Mubarak was promoted as a romantic comedy entertain but it fails to keep the viewers engaged all the way through. Seemingly routing setup and snail paced narration act against the cause. The lack of emotional connect further dampens the mood.

Watch or Not?: Go with the least possible expectations and you might find it entertaining here and there.