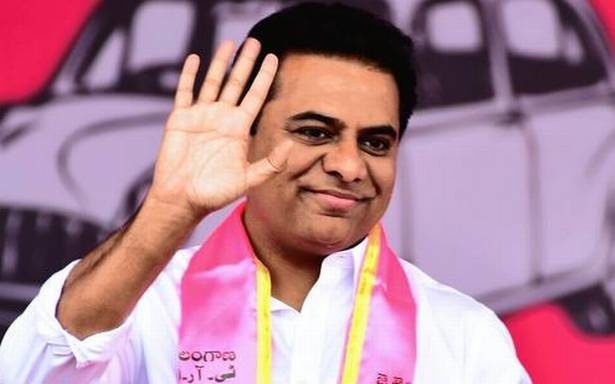 TRS secured the most anticipated landslide victory in the municipal polls in Telangana and once again proved that they are an unstoppable force. With so many questions on the board, only a few people this that BJP would give tough competition to the TRS but it is KTR who took care of all that negativity and played a prominent role in the TRS’ triumphant.

From this outcome, KTR also proved a point that barring the hierarchy remarks, he is the capable person to sit in that CM chair after his father and ruled out further questions or discussions on this issue. Of course, If one wants it, they should earn it and that is exactly what KTR did.

Hinting about the future of the TRS party, about KTR’s leadership, the Animal Husbandry minister Talasani said, “Unlike other leaders, KTR has worked extensively, campaigned at many places and drew proper political strategies to win people’s trust. He succeeded in it.”

When he was questioned about KTR becoming the CM, Talasani replied diplomatically that it would happen at an appropriate time and there is no hurry in it. now, with the ongoing situation and the heaps of praises from the party leaders we can unofficially announce that KTR will be seen as the next CM of Telangana.