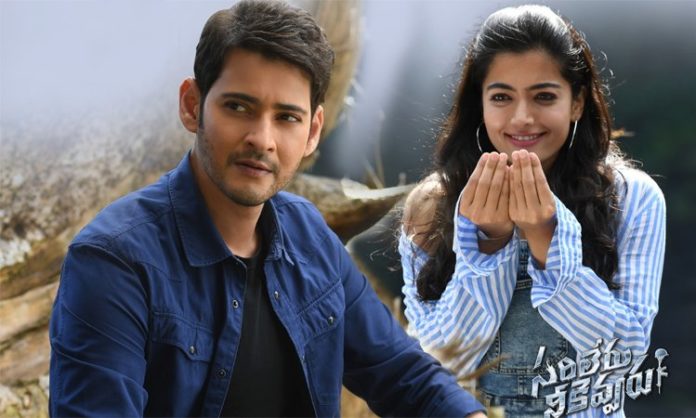 Super Star Mahesh Babu’s Sarileru Neekevvaru is all set for a massive release worldwide. The movie is releasing on 11th January. As the film is carrying huge positive buzz and Sankranthi season advantage is going to work in favour of the movie and we are going to witness a massive day 1 numbers from across the Telugu states.

Even the overseas numbers are going to be huge. In Telugu states, we can expect some day 1 records are to be broken. Particularly in Nizam, Sarileru Neekevvaru is going to set all time highest opening share record and the team is continuously working towards that.

Sarileru Neekevvaru is going to be Mahesh Babu’s career best and also will emerge as highest day 1 share film in TFI. If the talk is encouraging we can expect even better numbers. As seen in the above provided table, Mahesh’s best is Maharshi on Day 1 which collected a share of around 6.38 Cr. His other bests are 5.1 Cr for Srimanthudu and 4.47 Cr share for Bharat Ane Nenu.

Now, as the government has allowed to screen 5 shows on Day 1 and even allowed to hike the ticket prices, Sarileru Neekevvaru is going to be profited big time. We have to see whether Mahesh can manage such huge numbers with his latest film. Everything is looking positive and Sarileru Neekevvaru is touted to be an out and out mass entertainer. Mahesh fans, what is your prediction?