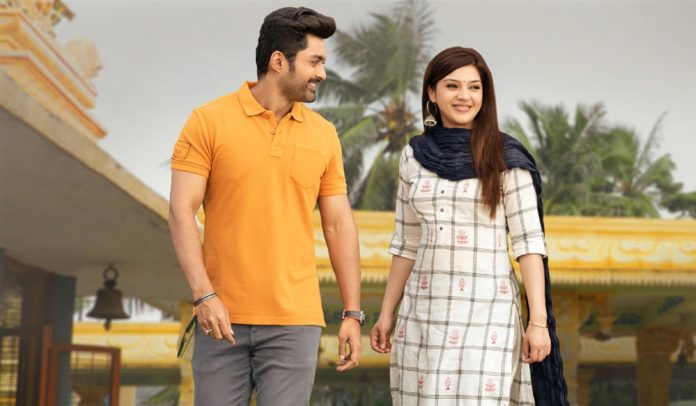 Entha Manchivadavura has been directed by Vegesna Satish who has delivered a huge hit Shatamanam Bhavati in 2017. Now he is coming up with another family entertainer. Already the film is carrying some positive buzz.

Now coming back to the trailer, the character of Kalyan Ram has some suspense in it. He has three names Shiva, Surya and Rishi and all these three names for three different families.

By going with it we can predict that Nandamuri Kalyan Ram in the film is playing the role of “Rent a relative” kind of thing but here he does this out of humanity, not as a business. How far he will go for his relatives is the actual plot of Entha Manchivadavura

Nandamuri Kalyan Ram looks uber cool in his get up. Though he looks class and stylish, trailer showcases the mass angle in Kalyan Ram through fights.

Rajeev Kanakala after a long time is playing an important role. He will be seen as a baddie. Sharat Kumar, Suhasini too are playing crucial roles. However Mehreen is playing the female lead in the movie and her looks are not up to the mark.

While the back ground music is impressive, cinematography is top notch. Overall, Entha Manchivadavura is a decent Sankranthi entertainer. The film is releasing on January 15th amidst huge competition.