More
Home Political News Nadendla Manohar Plus or Minus for PK? 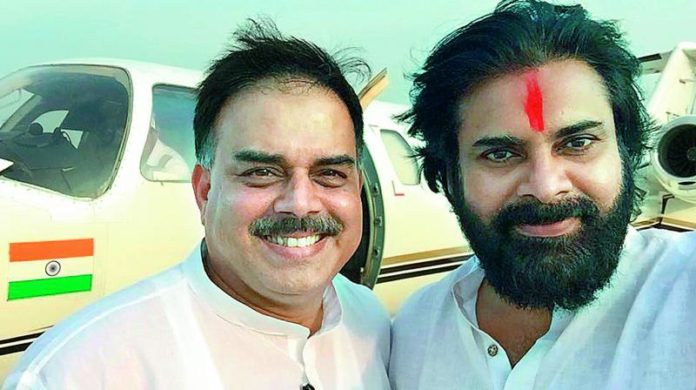 When Pawan Kalyan announced that he will dedicate his full time to politics, the Janasena supporters gave a thought of having a good guide and a friend like No.2 with vast political experience for the party.

Later, Nadendla Manohar who was the last speaker of the United Andhra Pradesh before the formation of the Telangana state joined the party and Pawan gave him more importance than anyone else.

Everyone thought that Nadendla and Pawan’s combo would become a deadly one in state politics given the experience that Manohar possesses. So far Nadendla’s contribution hasn’t been visible in any of the party’s development.

He will be present in every activity along with Pawan Kalyan but his significant work hasn’t been reflected since his presence in Janasena.

Moreever, a number of allegations have been raised by the party leaders against Nadendla. Leaders of the party are deeply disturbed over Pawan and Nadendla’s relationship. Some of the party sources said that if the leaders of the party need to meet Pawan, they have to take Nadendla Manohar’s approval.

Nadendla is taking advantage of his closeness with Pawan Kalyan and behaving like a boss with many other party leaders including the senior pros.

Also, Nadendla Manohar’s role in misrepresenting Pawan in many cases is outraged by many of the Janasena leaders. It is being said that Nadendla is the main reason behind the departure of former MLA Left Satyanarayana and party ideologue Raju Ravi Teja and former CBI JD Laxminarayan a few days ago.

So, as there is no significant use from the Nadendla Pawan needs to handle his party people and their affairs individually and let Nadendla know his excat role in the Party.