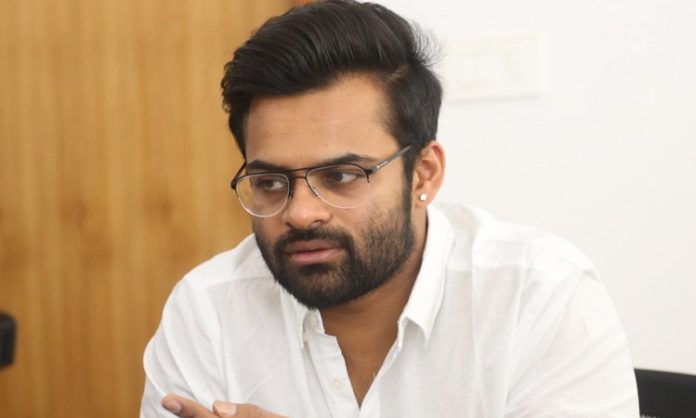 Sai Dharam Tej will be working on this new film from November 19th. The director is a newcomer and he worked as an associate director for Nabha Natesh’s second movie Nannu Dochukundavate that gave her a break.

The title which was finalized long back was not exactly a smooth process.

Sai Dharam Tej liked it a lot and feels it reflects his personality currently whereas the producer reportedly thinks it is not the right title.

This is not the first time the hero insisted on his choice, for Karunakaran’s film Tej I Love You, he was the one who thought that the original title Andamaina Chandamama revolves around the girl and so he wanted it to play around his name. The team didn’t want to upset him and had it changed.