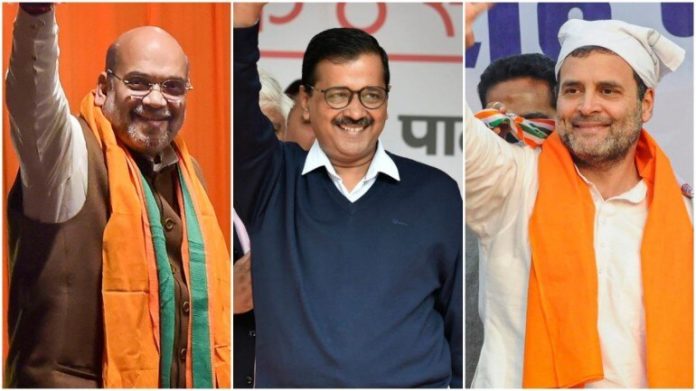 Delhi Election counting comes to an end with its fifth-round giving out final traces in its inclination. Though there was a tough fight between BJP and AAP, it is clear that AAP won and Arvind Kejriwal will be the Chief Minister of Delhi for the third time consecutively. Congratulations are pouring in for Arvind Kejriwal for his hattrick.

This victory did not come as a surprise as the exit polls have predicted the win of the Aam Aadmi Party. But what was really interesting to witness is how much of a tough fight BJP was able to put up.

There was a time during the counting when BJP was leading in 25 seats and was able to pull down AAP to 44 constituencies. But in the final round, numbers changed and BJP fell under 20 seats.

But surprisingly, the same Aam Aadmi Party did not win even 1 seat in National General Elections. This tells that the Delhi public trusts AAP more for local governance and Modi more for National governance. But the same numbers could be way different if only AAP and Congress did not use CAA issue for votes.