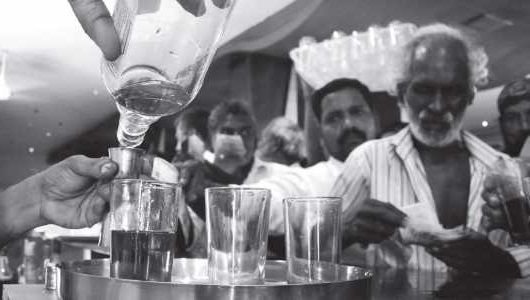 One bold promise Andhra Pradesh Chief Minister YS Jagan Mohan Reddy made before the elections was to ban liquor. Though several governments in the past promised the same, none of them could keep up for long, due to the heavy criticism from the public.

But Jagan strictly said that he is going to implement his promise under any circumstances.
Regarding this, he planned to ban the liquor in a stage-wise. As per the plan, initially, the state government itself is going to run the liquor outlets, closing all the private outlets.

So the excise department has issued operational guidelines for the Andhra Pradesh State Beverages Corporation Ltd (APSBCL) to run such outlets. The government will run 3,500 liquor stores for 2019-20 from 10 am to 9 pm.

The Commissioner of Excise and Prohibition will decide the number of outlets per corporation, municipality and mandals. The local men will be hired for each outlet. The staff comprises of a supervisor, two or three salesmen, and one watchman.

While the supervisor would be paid Rs 17,500 a month, the salesperson would get Rs 15,000 per month. They would be eligible for PF and also ESI. They would be appointed on contract or outsourcing basis for a period of one year.