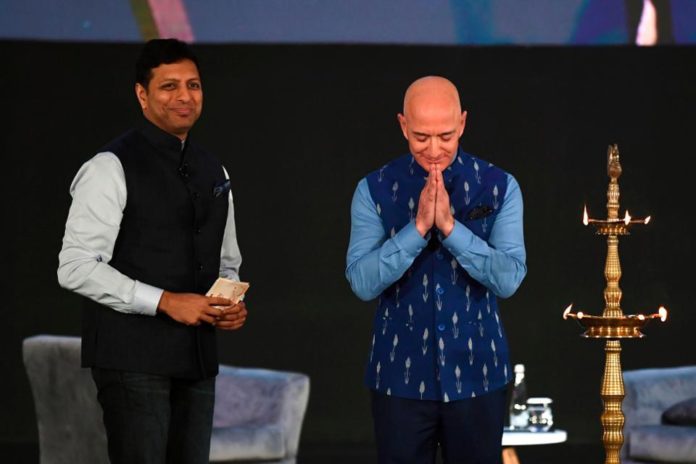 India is becoming more and more popular on the IT side. Right from the time Trump came into picture as America’s president, most of the IT companies expanded their base in India as it is becoming increasingly tough to bring candidates on board to USA.

One of the company which is rapidly expanding in India is Amazon. The CEO of Amazon Jeff Bezos met Bollywood celebrities as a part of his trip to India. Sharukh Khan, who represented the Bollywood, had a conversation with Jeff Bezos. It is a known fact that Jeff Bezos has a great interest in entertainment industry and he even acted in Hollywood series Star Trek in a cameo role.

Sharukh Khan took this opportunity to make Jeff Bezos say a dialogue from Hindi films which goes like “Don ko pakadna mushkil nahi namumkin hain”. All the Bollywood celebrities present in the event were exciting and thrilled at this point.

On the point of business, Jeff Bezos pledged that Amazon will export $10 billion of goods made in India either in Software or Retail by 2025.