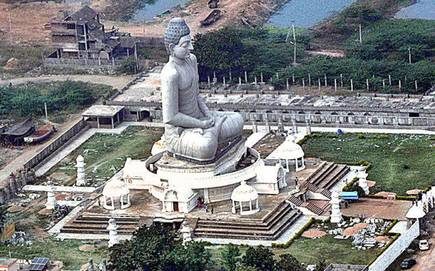 Everyone feels like the intensity of the Amaravati protests has been decreased soon after Jagan Mohan Reddy passed the bill in the parliament.

Everyone heard the news that the Modi Government has nothing to with the AP capital issue and on the other side, YSRCP leaders are claiming that the parliament is in favor of the council abolition.

Amid this discouraging scenario for the Amaravati supporters, they got massive support from unexpected regions.

The people in Telangana organised a protest in Hyderabad supporting the Amaravati farmers and the local people joined hands with the Andhrites who settled in Hyderabad. Along with them the farmers of the other districts also extending their support for Amaravati.

Recently, the meeting conducted in East Godavari district’s Ravulapalem in which Vangaveeti Radha presided and explained about the greatness of historic Amaravati is a huge success.

Though political circles claim that this meeting was organised by TDP, the fact is, it was conducted independently and mainly farmers, middle-class people, labourers took active participation in it.

To sum up Jagan’s misery the people of Rayalaseema also rasing their voice against the capital. But their demand is a bit different. They want the entire capital region to be situated in Rayalaseema which is an impossible task but Jagan’s unpredictable nature made them to raise their concern.

Now, the Andhra People in Tamilnadu have started to demean the government and Jagan will be in more trouble unless he fastens himself up to work on this situation.