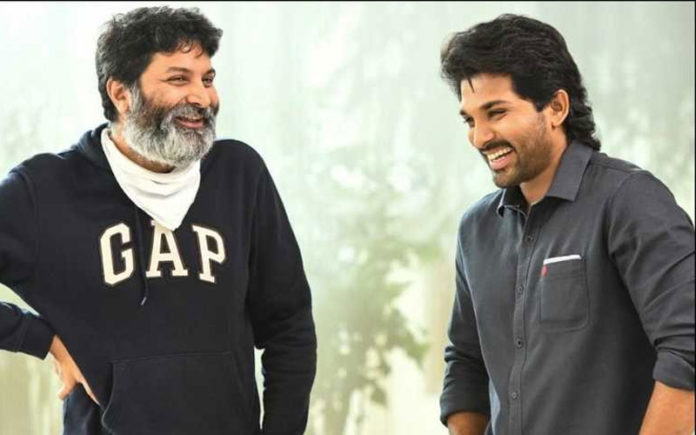 Stylish Star Allu Arjun and wizard of words Trivikram Srinivas have teamed up for the third time for the movie Ala Vaikunthapuramulo. The movie not only went onto become career-best hits of both Bunny and Trivikram Srinivas but it also became the Non-Baahubali industry hit.

Ala Vaikunthapuramulo team is ecstatic with the movie’s grand success. They are enjoying themselves with back to back parties. They have shared their happiness with industry friends and media. Ala Vaikunthapuramulo is one movie in recent times which made everyone involved super happy.

Now it looks like Ala Vaikunthapuramulo team is repeating themselves. It is said that Allu Arjun and Trivikram Srinivas are planning to work together again soon. Not immediately, but in the coming couple of years.

Recently Allu Arjun revealed that Trivikram has already came up with an idea and they both liked it. In a couple of years they are going to work together said the actor.

Currently Bunny is prepping himself for his upcoming film in the direction of Sukumar. While Trivikram Srinivas is preparing script for his next film which he has to do with NTR.