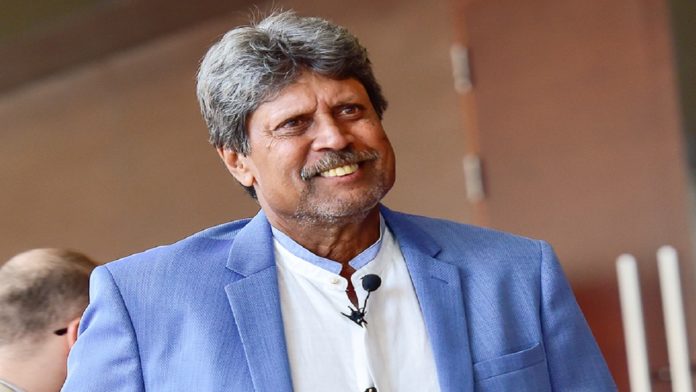 Kapil Dev, who was part of the Indian team, that won the World Cup for the first time in 1983, came up with some suggestions to repeat the victory in the upcoming world cup.

Kapil was in New Delhi to attend an event organised by Britannia. He thinks a top four finish is a given for Virat Kohli’s men.

Speaking to the media, the legendary cricketer said, “The team has a great combination of youth and experience. In my opinion, they have the right balance and of course, there is Dhoni and Kohli. India will definitely be in the top 4. But that is where it gets tricky. They have a good team but belief and performance will be key.”

Kapil opined that India, England and Australia will make it to the semi-final and one among Pakistan, New Zealand and South Africa will be in the 4th position. He further said, “New Zealand or West Indies could be the surprise package of this tournament.”

Kapil Dev considered Hardik Pandya as an asset for the team and suggested not to put extra pressure on him.

“Don’t put pressure on him. He is a young player and he should be allowed to play his natural game. There should be no comparisons at this point. They (pace attack) are fantastic and the English conditions will help them a lot. Bumrah and Shami are bowling brilliantly and they will be a very important part of the team in the World Cup,” Kapil said.