Inside News: Vyjayanthi Movies delaying Indra’s release for this reason? 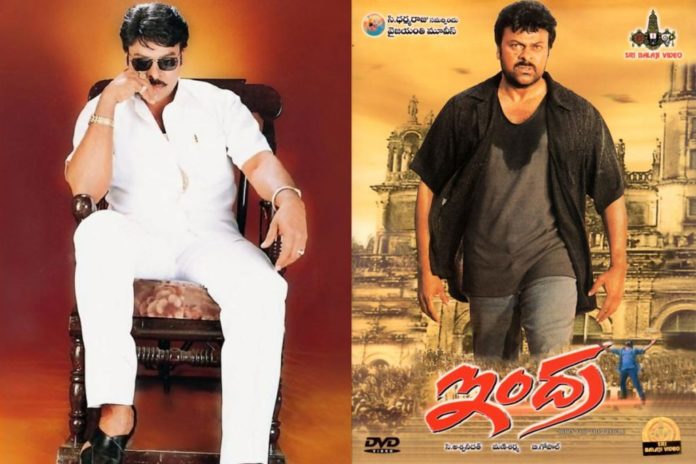 We already reported that the fans of Megastar Chiranjeevi are not happy with the response of Vyjayanthi Movies when they approached the production house regarding the 4K print of Indra film. After the article about this issue went viral, the makers responded and revealed that they too have plans to re-release the iconic movie, but they said that it would take some time.

While the fans wanted to have special screenings of the movie for Chiru’s birthday on August 22, the response of Vyjayanthi Movies has surely disappointed them.

Saying that they will re-release Indra later, the makers haven’t revealed any date or specific time in their tweet and this left the fans in confusion. Meanwhile, an inside source revealed that Vyjayanthi Movies is planning to release the movie in a grand manner next year as it marks 50 years for the production house.

Vyjayanthi Movies could have conveyed the same to the fans. But it appears like the production house is trying to keep this update under wraps, which is now making the fans annoyed.

While Mahesh Babu fans already re-released Pokiri and Pawan Kalyan fans made the necessary preparation for the release of Jalsa, there is nothing wrong with Mega fans asking Vyjayanthi Movies for the 4K print of Indra to celebrate Chiranjeevi’s birthday. Hence, it is the right time for the production house to stop beating around the bush and reveal what is causing the delay in releasing the Indra movie again.

Not only u.. we are also.. We will be releasing 4K Print of #Indra, but not right now, it takes some time but the release will be in a BIG & GRAND Manner.

Megastars Chiranjeevi's 'God Father' is arriving on October 5. Directed by Mohan Raja, it is known that the political thriller is the remake of...
Read more
Movie News

Megastars Chiranjeevi's 'God Father' is arriving on October 5. Directed by Mohan Raja, it is known that the political thriller is the remake of...
Read more
Movie News