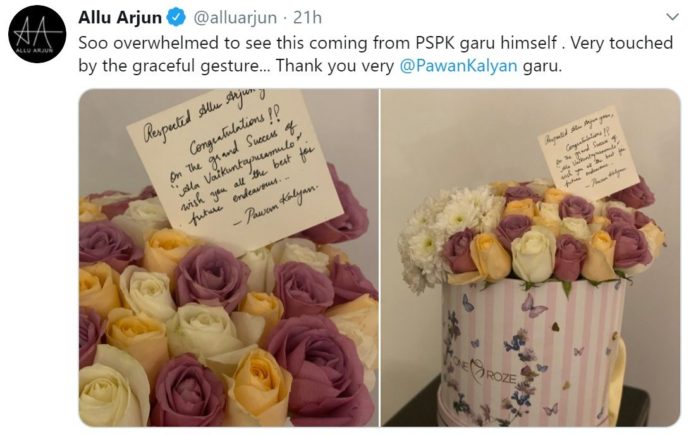 Going into the details, Pawan Kalyan wished the team a grand success in the film is a blockbuster. He sent a bouquet to the team and a handwritten letter along with it.

Overwhelmed with the gesture of love he has received, Allu Arjun took to his Twitter to thank the Power Star and wrote, “Soo overwhelmed to see this coming from PSPK garu himself. Very touched by the graceful gesture… Thank you very @PawanKalyan garu.” (sic)

Well, yesterday Pawan Kalyan sent wishes to Prathi Roju Pandage team also and wished his nephew Sai Dharam Tej on the success of the film. Well, if we observe, Pawan regularly congratulating every time when a film is a hit and no wonder why he is people’s favorite hero forever. 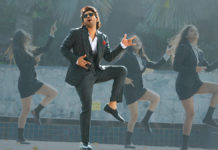 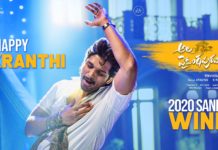