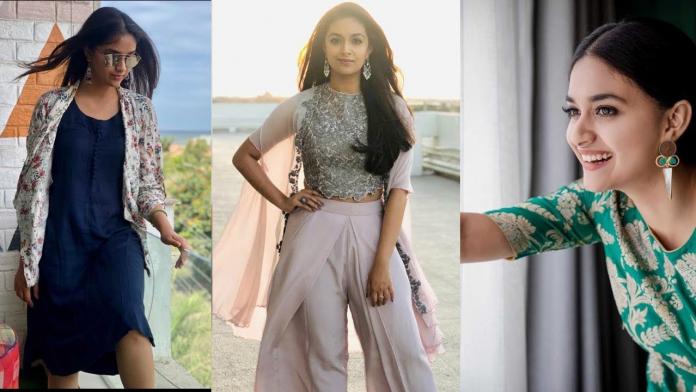 The fans are very upset and disappointed with Keerti Suresh. The actress has lost so much weight, unimaginable actually making her look pale and anorexic. She has not only lost her charm; people couldn’t even recognize her photos when splashed over the net.

Agreed going to Bollywood means, you have to be in trend and slim like the peers but it doesn’t mean that you become so unrecognizable that the director even takes you off from his film after the second schedule.

Keerti was the front runner and was taken in for Ajay Devgun’s film but after she left for Mumbai for the second part, the director decided she just doesn’t look like Ajay’s wife or the mother of a kid. Priyamani was roped in instead.

South audiences love the chubby look of Mahanati. They even loved the way Soundarya looked. She never went to the gym and lost weight and she never stopped getting films either. It is time that she hears what people have to say and take the feedback seriously. She probably is taking Miss India movie seriously.