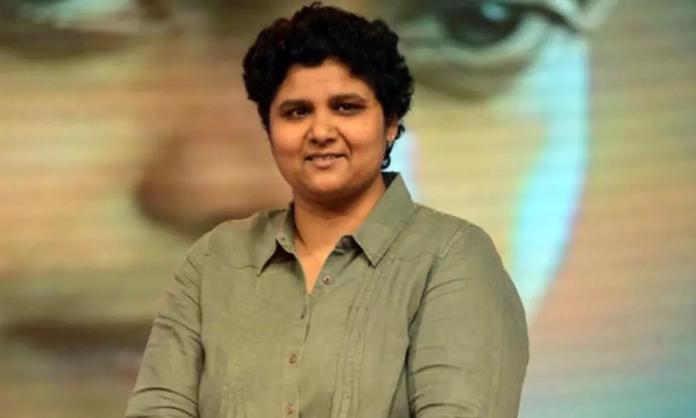 So Nandini Reddy’s story found no takers. She reportedly narrated the script to Vaishnav Tej and he did not find it to his liking. If you were to ask why this is happening despite giving a blockbuster like Oh Baby, the reason is Oh Baby is a copy paste story.

A remake that requires no special talent except a little tweaking here and there. With a casting like Samantha and a thorough check and recheck by Suresh Babu, it went to the sets. We hear that ten days before going to the sets, Suresh Babu was not happy and wanted some repair work. He summoned an expert in screenplay Gopi Mohan who worked on it and only after that Suresh gave a green signal.

Next, after the film released and she started narrating stories to heroes, they rejected it because Oh Baby is actually a heroine-oriented script, she has never moved out of her zone family and love so far and when she did with Jabardasth, it flopped miserably.

Hero’s need action, entertainment and formula staff, heavy duty dialogues etc and Nandini has never done that before and the people cannot get that confidence. She has to move out of her comfort zone and direct. As long as she sticks to family, sentiment, light hearted comedy like Kalyana Vaibhogame and Ala Modalaindi, she will get heroes like Naga Shourya only.

Nani, Sharwanand, Varun Tej, Sai Dharam Tej will not work in such stories. Look at Sai Dharam Tej, he had done enough such stories, when he did Maruthi’s film..all the credit went to Rao Ramesh. So, heroes will take up such projects only when they are in flops or when a story is extraordinary.

So will Nandini come up with such super stuff or work with Teja Sajja, Navin Polisetty and the like?