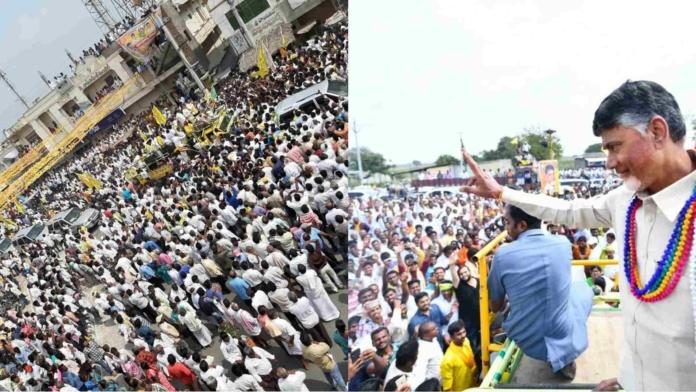 The opposition leader of Andhra Pradesh, Chandra Babu Naidu is far more experienced politician than any YSRCP MLA in this state. He knows the game very well than Jagan but some of his decisions turned out as mistakes that led the YSRCP gain mammoth majority in last year’s general elections.

Naidu is making the same mistake again as his steps were more predictable and easily be explained by any amateur politician. The IT raids that happened on CBN’s PS Srinivas is a major shock to both Naidu and TDP. The ruling party members are all over Chandra Babu with this incident and the way Naidu opted to evade these allegations puts him under deep trouble.

Chandra Babu Naidu has started ‘Praja Chaitanya Yatra’ stating that retaliating to YSRCPs inhumane rule as the whole reason for this tour but the YCP leaders are projecting this Yatra as a deviation. Vijay Sai Reddy stated that Chandra Babu used to talk to his former PS Srinivas for 10 times in a day even after he lost the power.

Sai Reddy went on saying that the 2,000 crores black money that was caught is definitely related to Naidu and everything will get exposed once the IT officers bring his call list out. He even said that the ‘Praja Chaitnya Yatra’ is a new drama from CBN to deviate the people from his biggest scam.