Politics has become a costly affair but not citizens’ service! 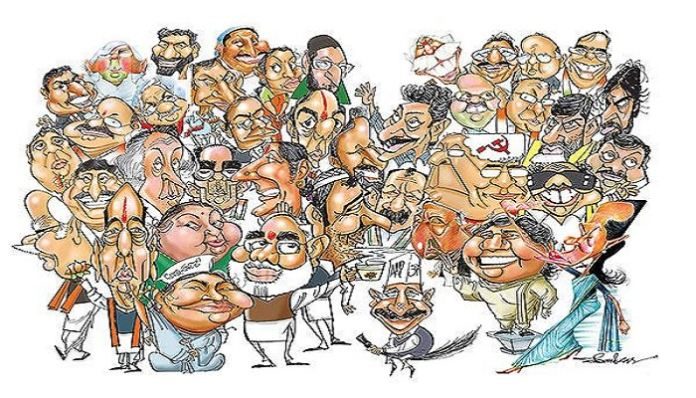 These days every political party is being run in the form of business and it is the naked truth that every person in the country is aware of. In a democratic country like India, this sad state is definitely expected by our writers of the constitution and no leader is an exemption to it as this business in politics has become a customary practice over decades.

The people and their weaknesses are the main reason for this ugly state of the country. Most people don’t know the value of their vote as they used to sell it for a currency note. From a ward member to a legislative leader, every person should spend crores of rupees to win in the election, and later, they want to recollect all their money through corruption activities and where is the room for service here.

No political leader would spend millions if his only target to get into politics is public service. Of course, no leader has been honest with the people. The defections have become quite common and the ruling party lures the leaders to show their dominance in the state without any shame.

This kind of politics are quite similar to the corporate style of employment where one employee chooses a better company for better pay. To be frank, corporate employees are far better than our political leaders in many aspects. As many people opine, corporates are the people ruling the country as every political party in the country depends on their election fund. What happens next?

They give Corporates the government lands for free and provide them all the facilities with concession. If they can’t repay the loans to banks, the government waives off all the money from the treasury that belongs to the public. On the other side, our political parties in Telugu states started to trade votes for freebies. Chandranna’s ‘Pasupu Kumkuma’, KCR’s ‘Raithu Bandhu’, ‘Brathukamma Cheeralu’ are the perfect examples for this.

YS Jagan took a step forward and distributed money according to the communities which is a grave step in AP politics. The election commissions along with the people are equally responsible for all this destruction has been happening all these years and when can we expect a full stop for it? Who is it gonna change the complexion of the game by giving the utmost priority to the service but not to the business in politics?

Coronavirus is only increasing in the country, and especially in the two Telugu states. The situation is especially worse in Hyderabad, and other cities...
Read more
General News

In a hospital in US, COVID-19 infection bore none of the signs of extreme respiratory disease until patients out of nowhere crumbled and died....
Read more
General News

Health insurance plans for Covid-19 hospitalization treatment are exclusively going to be available in the market from today. IRDAI initiated Corona Kavach Policy, where...
Read more

Prabhas scored one of the biggest hits of his career with 'Varsham' which was directed by Sobhan. As a token of gratitude, Prabhas is...
Read more
Movie News

Sai Dharam Tej scored a much-needed hit with 'Prati Roju Pandage' last year and his next film will be 'Solo Brathuke So Better'. The...
Read more

Banning of the 59 Chinese apps in India created an interesting pattern in the brains of the Chinese Govt officials. Chinese officials analyzed the...
Read more

One of the biggest superstars of Indian cinema, Amitabh Bachchan has tested positive for Covid-19 a short while back, as confirmed by himself. Amitabh took...
Read more
Political News

There were a lot of speculations going around about the health of the Chief Minister KCR. A man had even held up a placard...
Read more
Photo Gallery

Vamsi Paidipally's directorial 'Maharshi' minted big bucks at the box office and stood as the biggest hit in Mahesh Babu's career prior to the...
Read more