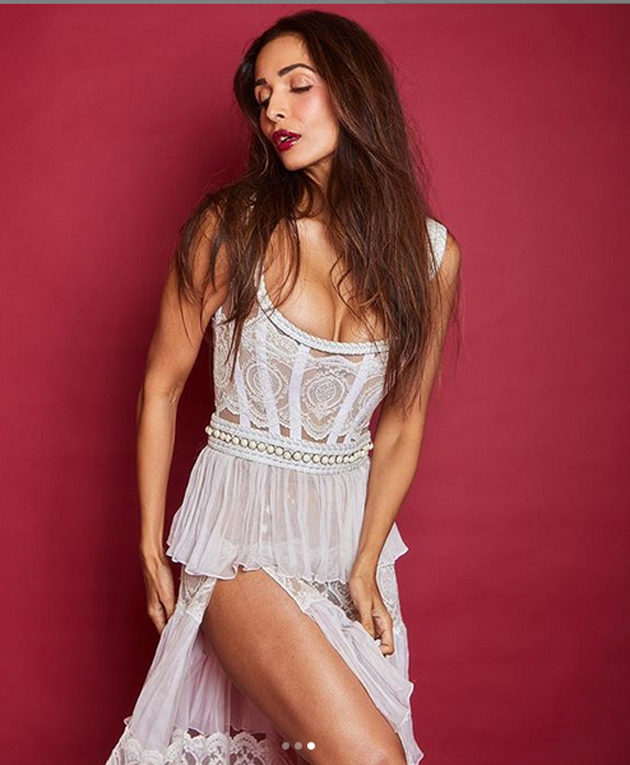 Malaika Arora, who rose to fame with “Chaiyya Chaiyya”, was anticipated to settle down well after entering the Khan’s family, by marrying Arbaaz Khan. But the couple broke up later, and Malaika’s career was expected to fall in dilemma. But shockingly, Malaika is managing to stay in the limelight, by posting some hot stuff on her social media account constantly.

The actress has posted her recent photoshoot pictures, in which she was seen wearing a white transparent dress. The best part of the picture is that the attire is like revealing everything and is yet hiding the sensitive spots. Such an accurate hiding of the juicy spots, shows the designer’s creativity in the teasing aspect.

Adding to it, the two melons, that are congested in the dress, are appearing like that they are willing to jump outside. Malaika’s sultry expressions are an added asset to the entire juicy product.

Recently, Malaika Arora was seen in Vogue Beauty Awards 2019, in the same attire. She was also seen sharing the screen space with Pawan Kalyan in Telugu, for a  special song called “Kevvu Keka” in 2012 blockbuster Gabbar Singh. 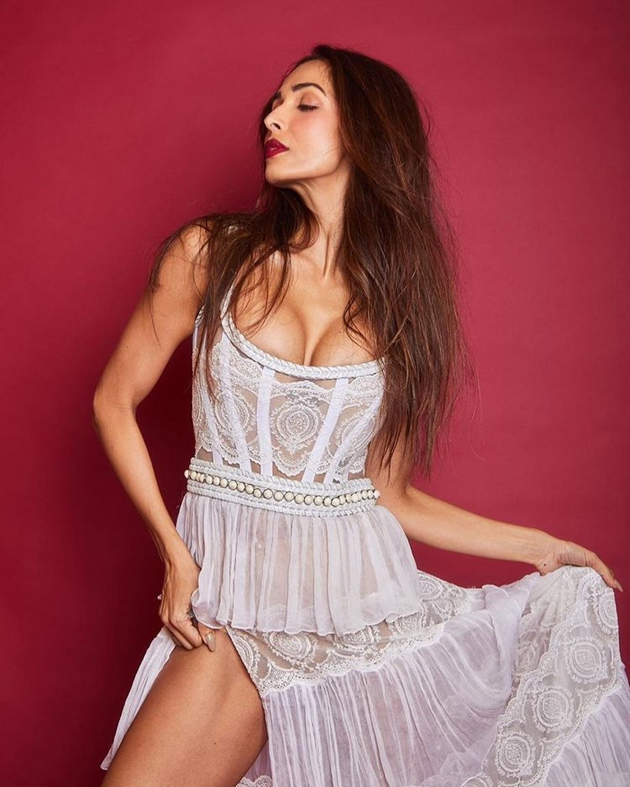