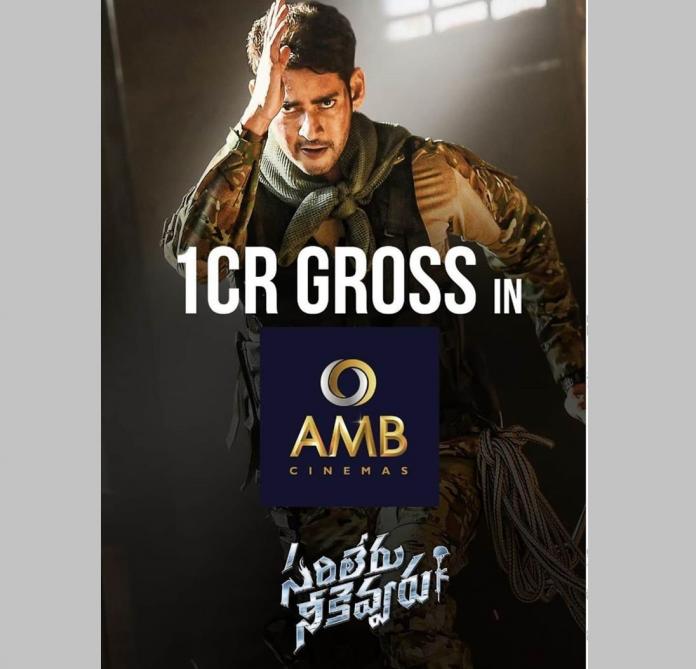 Here is another news that will make Mahesh Babu fans to cheer up. Besides creating wonders at the box office, Mahesh Babu has set a ‘Never Before Ever After’ feat in AMB Cinemas.

Yeah, this movie has raked in one crore gross at the AMB Cinemas ticket window. This super news was shared by Mahesh Babu’s wife Namrata Shirodkar on her official social media platform.

She posted, “MB is rocking AMB!! Way to go superstar. Second film in a row at ur super plex.”

At the AMB Cinemas, Mahesh Babu has given two consecutive blockbusters that had touched Rs 1 crore milestone, followed by Maharshi and Sarileru Neekevvaru.