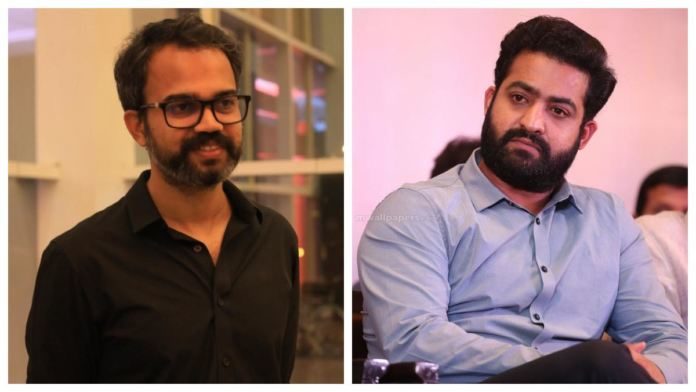 Mythri Movie Makers have been lining up a series of highly exciting projects and they have just announced another much-anticipated project.

“We will soon be producing a project which will mark the coming together of Jr NTR and Prashanth Neel. It will start rolling after NTR30 and Salaar are completed. More details will be unveiled soon,” said Naveen Yerneni who is one of the heads of Mythri Movie Makers.

Jr NTR was supposed to work with Prashanth Neel for immediate next project after RRR but the delay in shoot of the Rajamouli directorial resulted in a change of plans. However, the duo will be coming together albeit a bit later than expected.

Also, Mythri Movie Makers spilled the beans about PSPK28. They said Harish Shankar and Pawan Kalyan are collaborating for a pucca commercial entertainer this time and added that this film will be even better than Gabbar Singh.

Interestingly, Mythri revealed that they will also be working with Chiranjeevi, and Balakrishna for independent projects which will be directed by Bobby and Gopichand Malineni respectively.

Apart from these, Mythri Movie Makers are also set to bankroll a project each with Prabhas, Vijay Deverakonda, and Nani.

It is already known that Allu Arjun’s ‘Pushpa’ and Mahesh Babu’s Sarkaru Vaari Paata which are presently in production stage are also funded by the renowned production house.