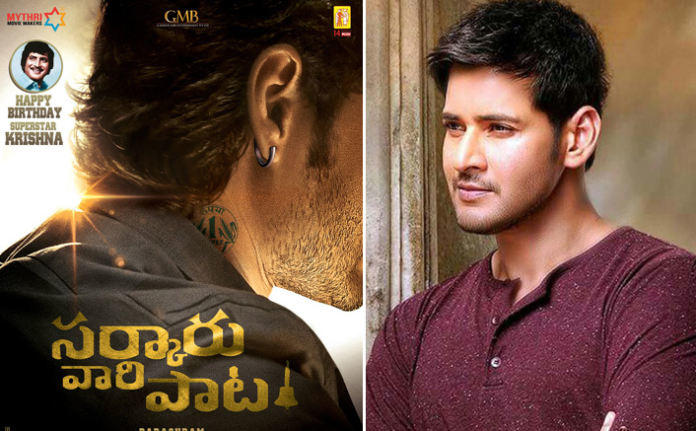 Superstar Mahesh Babu‘s upcoming film ‘Sarkaru Vaari Paata‘ has created quite a buzz down the South. After a long delay in the shoot due to the Covid-19 pandemic, the makers recently wrapped up the first schedule of the upcoming film in Dubai.

It was earlier reported that Sarkaru Vaari Paata will hit the screens for 2022 Pongal. The latest we hear is the production house Mythri Movie Makers had asked the Superstar to release the film for Dasara 2021. Keeping in the mind, that 2022 Pongal is a long duration to wait, the production house is said to have asked Mahesh Babu regarding the same.

However, the inside reports revealed that the producers have failed to convince Mahesh Babu, as he has a Pongal sentiment.

We are aware that many stars in the industry strongly follow sentiments. Needless to say, sentiments are serious things which both actors and makers put first while making the films. Now, the same thing happened with Mahesh Babu.

Directed by Parasuram Petla, Sarkaru Vaari Paata is said to be an action entertainer with a powerful message. The film is produced by Mythri Movie Makers and 14 Reels Plus in association with GMB Entertainment.