More
Home Movie News Massive openings for Sye Raa on its day one. Check out complete... 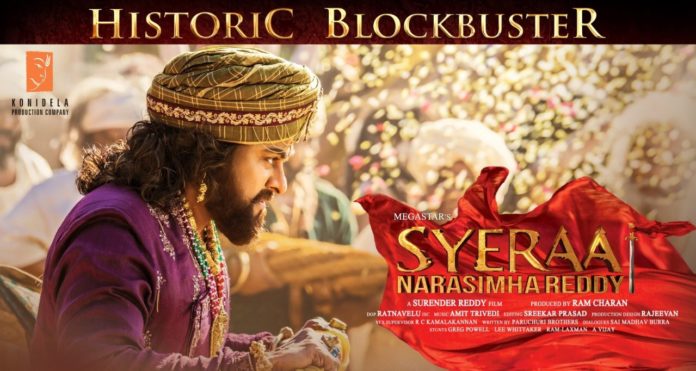 Megastar Chiranjeevi’s much-anticipated film Sye Raa Narasimha Reddy is all set to be one of the biggest openers of the year. Adding to positive mouth talk and thundering response all over, the film on India’s first freedom fighter weaved the magic on its day one across AP and Telangana.

However, Mega Star Chiranjeevi is taking up all the appreciations for coming up with the career best performance. The supporting cast also did a stellar job in the film. The technicians too gave their best and are major assets of the film.

Well, looking at the brighter side, this happens to be the longest weekend in many parts of India as it happens to be the Dasara season. The film is expected to create new records. Let us wait and see how Sye Raa weaves magic at the box office in the coming days.

Banked rolled by Ram Charan, the film featured Tammanah and Nayanthara as the female leads. The film also featured Jagapathi Babu, Kichcha Sudeep, Vijay Sethupathi and others. The music and background score by Amit Trivedi were brilliant in the film.