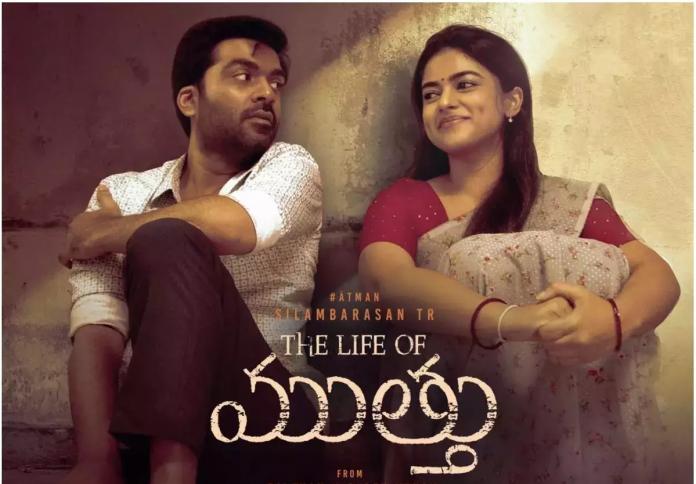 Muthu( Simbu) a guy from a remote village near Kakinada lands in Mumbai to earn money for his family. In the process, he works at a paratha stall and develops friendship with gangsters. At one point in time, Muthu fires gun on the opposite local goons gang and the incident establishes him as a happening killer. Rest of the story deals with what circumstances mould Muthu to emerge as a gangster.

Simbu did his part neatly. The kind of variations he showcased in the movie will bring depth to the proceedings.

Heroine Siddhi Idnani is cute on screen and her chemistry with Simbu is showcased nicely. Radhika Sharathkumar is decent in the mother role.

Other artists who played crucial roles are apt in their respective roles. Especially, a dwarf guy who played a small role in Kamal Haasan’s Vikram got a key role in this film and he excelled in the character.

Director Gautham Menon’s story has nothing new to describe. A man going to Mumbai and becoming a gangster is what we have seen in many films but the presentation has Gautham Menon’s mark to extent.

Music by AR Rahman is okay but has nothing great to mention here. The cinematography work by Siddhartha Nuni is good as he showcased the entire film with a realistic texture.

Editing by Anthony is not up to the mark as the runtime is too lengthy and more than fifteen minutes in the first half could have been chopped off.

In an overview, Life of Muthu is a story of a poor guy who goes to Mumbai and emerges as a gangster. While Simbu’s screen presence and second half are plus points, the flat first half proceedings come as a minus for the film. Those who like action dramas set in gangster backdrop can gave it a try.