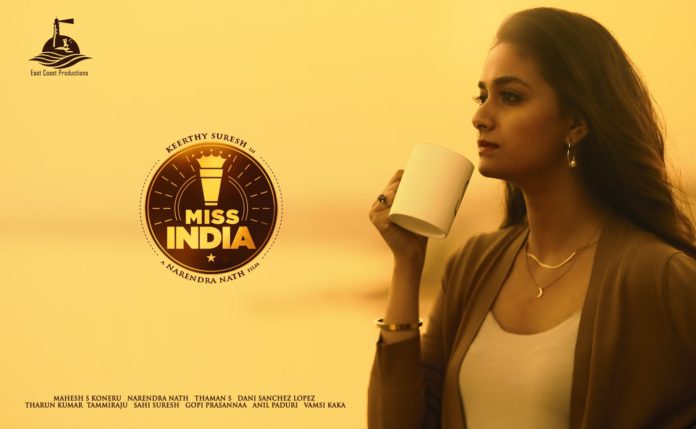 National Award winner Keerthy Suresh’s next outing ‘Miss India’ is currently in the last leg of shooting and the team has started dubbing for their respective roles from yesterday.

According to the latest update, it is heard that the makers have sealed the release date of ‘Miss India’. The film is likely to hit the marquee in the Telugu states on March 6 with the US premiers scheduled on March 5.

Jagapathi Babu is reportedly playing a grandfather to Keerthy Suresh in this movie. How she goes out of the country (India) and how she fulfills her grandfather’s dream in London? Forms the crux of the story.

The music of the film is composed by Thaman SS while the cinematography is cranked by Dani Sanchez-Lopez who worked on the National Award-winning film Mahanti.