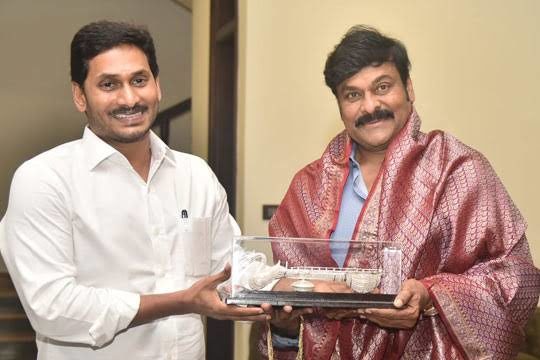 Janasena supremo Pawan Kalyan is literally waging a war against the AP CM Jagan Mohan Reddy by making the most of his alliance with the BJP.

He started his political career against the YSRCP being a part of the alliance between TDP and BJP.and it took no time for him to realize that being with someone wouldn’t accomplish anything for him personally.

Now, he is going leaps and bounds to take over Jagan but his brother Chiranjeevi, on the other side, is maintaining a good relationship with the Chief Minister of Andhra Pradesh.

When Pawan was in good form and making some influential statements against Jagan, Chiru met the YCP supremo once, going all the way to Vijayawada.

Even though Chiranjeevi ruled out the existence of the political significance behind his meetings, one can get suspicious of the recent behaviour of Chiru.

Now, amid all this drama, the Megastar is all set for another meeting with Jagan on Feb 6th. He backed up the Jagan’s three capital idea and even applauded his efforts in the development of the Film Industry at the release of ‘MAA’ dairy.

The word from the grapevine is that Jagan in the thought of offering Chiranjeevi a Rajya Sabha seat or any other post in his government so that he can put an extra pedal on Pawan’s efforts.

If that is the plan behind all these meetings, Pawan will be in some sought of trouble as he doesn’t care about the kith and kin when it comes to him or AP people.