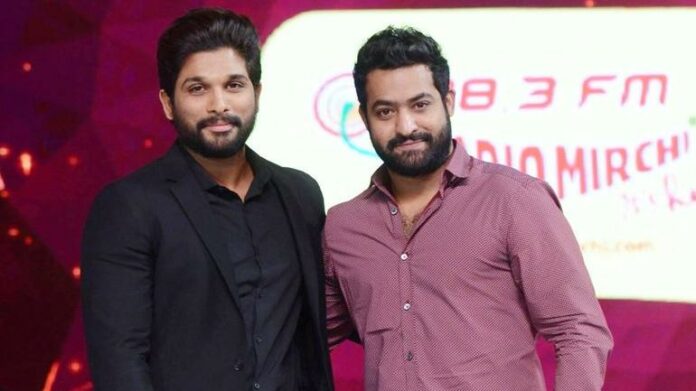 Released amid solid expectations, Allu Arjun’s Ala Vaikuntapuramlo has been garnering a fantastic response from both the audience and critics. The stellar performances of the lead actors, Allu Arjun and Pooja Hegde, Trivikram mark story and comedy have aided the film to hit the bull’s eye.

Besides glowing praises from fans and movie lovers, several superstars from Tollywood took to social media to heap praises on the film and the impeccable act by the Stylish Star. They could not stop gushing about the film and the performances.

Junior NTR surprised everyone with special words for Allu Arjun on his official Twitter handle where he said Bunny has delivered an effortless and terrific performance besides Trivikram Srinivas’s brilliant writing.

He tweeted, “An effortless and terrific performance from @alluarjun and brilliant writing from Trivikram Srinivas Garu make #AlaVaikuntapurramuloo a great watch. Congrats Bava and Swamy.”

He further tweeted, “Kudos to Murali Sharma for supporting them with a great performance. Outstanding work by @MusicThaman is a major asset for the film. Special mention for PS Vinod ‘s cinematography. Congratulations to the entire team and @haarikahassine for a job well done.”

In response to this tweet, Allu Arjun responded and tweeted “Bavaaaaaaa ! Thank you very mucccchhhh . It’s was soo good talking to you … seee you soon !”

On the other hand, ‘Ala Vaikuntapuramlo’ is performing exceedingly well at the box-office and is expected to grow big with a positive word-of-mouth.