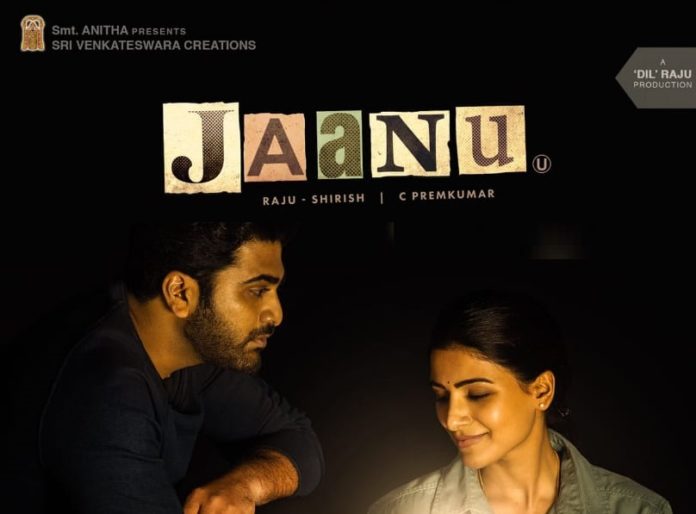 Sharwanand and Samantha starrer Jaanu is all set for release tomorrow. The film has been carrying decent expectations. It is very well known that the film is the official remake of Tamil super hit 96′ which starred Vijay Sethupathi and Trisha.

Generally there is a unwritten rule in cinema industry that don’t touch classics. But Dil Raju has made this master piece in Telugu. Talented actors Sharwanand and Samantha have reprised the roles of Vijay Sethupathi and Trisha.

As films released after Sankranthi biggies failed to attract the audiences, there is decent anticipation on this movie. Trade Analysts are expecting the movie to score on a decent note for the same reason.

On the top of that promos and the songs of movie are attractive. Dil Raju, Samantha and Sharwanand have shown immense confidence on the movie.

With Sharwanand’s factor, Dil Raju and 96′ remake.. Jaanu is expected to cross O Baby very comfortably. We have to wait and see whether Jaanu can manage to create magic just like the original.