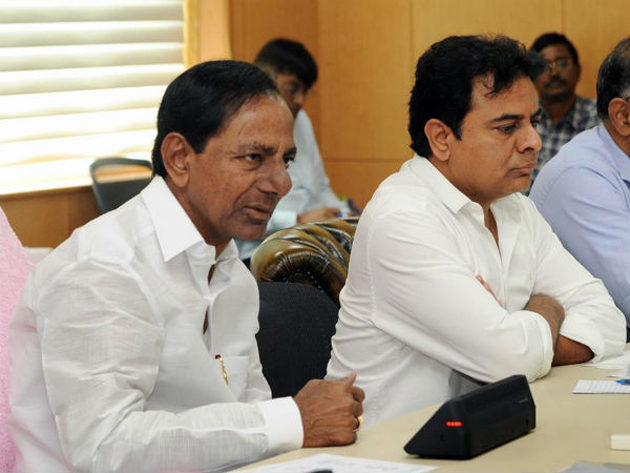 For the past two months, there has been a serious talk in the Telangana political circles about KTR becoming the New Chief Minister of Telangana. Many said that the Municipal elections were the litmus test to the IT minister’s stamina. TRS dismantled the opposition in the Municipal polls and KCR revealed his revived plans on the federal front. So, everyone thought that in no time KTR will be handed the CM post but here is the twist in the tale.

There is a rumour which is said to be serious that KTR will not be made as Chief Minister directly by the KCR. It is being said that at first, he will make him the Deputy Chief Minister so that he will be given the No. 2 position in the cabinet. That eases the KTR to have a stronghold on the TRS leaders and he can arrange any kind of meeting in his father’s absence at his will.

If it happens, for all ground level works and practical purposes, KTR will act as the head and KCR will be Chief Minster for the nominal purposes. But the question is what is the need for KCR to force all this in while KTR is already acting as the de facto Chief Minister?