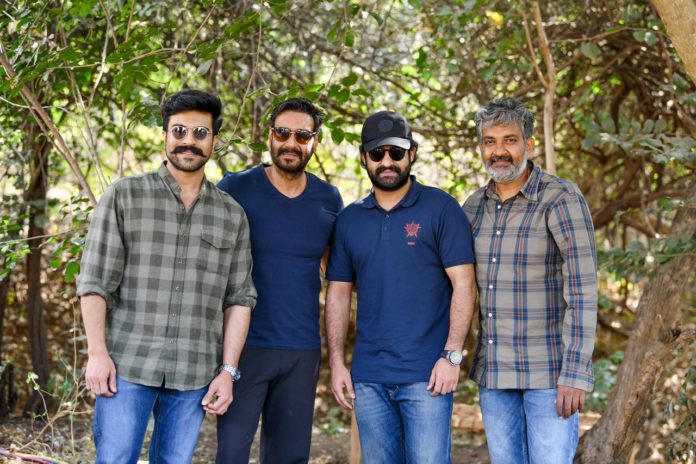 A few days back, we have updated that the makers of RRR are reportedly canning some crucial episodes on Ram Charan in the forests of Vikarabad and the night schedule took place for a week.

Now, the latest and exclusive RRR shoot update is that Rajamouli & Co have started another schedule in the forests of Vikarabad from February 2 and this schedule will continue till February 9th in the forest.

Furthermore, we have exclusively learned that actress Shriya Saran has also joined the shoot in this schedule along with Jr NTR and Ram Charan. Details regarding Shriya Saran’s role have been strictly kept under wraps.

Moreover, RRR brings to screen the fresh chemistry of Ram Charan and Alia; as she plays Sita whereas Ajay Devgn plays a significant role. Being made on a huge scale, RRR will showcase the grandeur and elaborate set up like Baahubali. This epic period drama is slated for the release on January 8, 2021, in ten languages simultaneously.