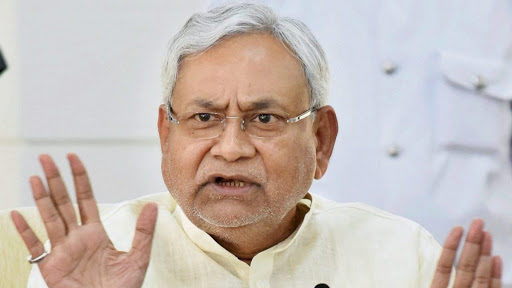 After opposition party members fired at Bihar chief minister Nitish Kumar for worst testing statistics, CM assured that action is being taken based on the findings of a news channel probe that revealed inconsistencies in the state’s Covid testing data.

In this regard, the administration sacked nine Health personnel, including five senior officials in Jamui district from where the gaps were exposed. The union health ministry has sought a “detailed report” from the Bihar government on the alleged reports.

RJD MP Manoj Jha and also Bihar leader of opposition Tejashwi Yadav cited the Indian Express reports in the Rajya Sabha meet and demanded “a high-level probe”. Reportedly, the media expose alleging fake entries for covid-19 tests to meet targets followed a pattern of data that swindled massive funds from the state. He questioned the CM to respond to the scam. Despite Nitish Kumar transferring 3 health secretaries, leaders of opposition accused CM led government for faking the numbers and fudging the data.

In response, the Rajya Sabha chairman, Vice President M Venkaiah Naidu, advised to Union Health Minister Harsh Vardhan that the issue “is a subject for inquiry”.

Reliance Jio has revolutionized the telecom sector by making low-cost internet and feature phones available. With this change brought by Reliance, even the common...
Read more
General News

Dangal fame actress Fatima Sana Shaikh has been brought on board by makers in the Hindi remake of Tamil hit film 'Aruvi'. The remake...
Read more
General News

Corona crisis in Brazil is alarming!!

The second wave of the Coronavirus is trembling Brazil. The country's health ministry said that recently a total of 1,641 people died of corona...
Read more

The makers of Ram Pothineni's upcoming film '#RAPO19' have officially announced that Uppena fame Krithi Shetty is onboard for the film. It was us, who...
Read more
Movie Reviews

Raj Tharun is in desperate need of box office success as all of his recent films turned out to be duds at the ticket...
Read more
Movie News

The makers of the Kartikeya and Lavanya Tripathi starrer 'Chaavu Kaburu Challaga' have released the trailer of the film today. Going by the trailer, the...
Read more

Indians dominance in all the sectors in America is increasing: Joe Biden

Jagan gives bumper offers to women in AP on occasion of women’s day!!

On the occasion of International Women's Day, CM Jagan directed to give a 10 percent discount to those who have downloaded the Disha app...
Read more
Political News

Exactly before the election, Chief Minister Pinarayi Vijayan got into trouble. It is learned that all the opposition parties are spreading rumors that CM...
Read more

The makers of Ram Pothineni's upcoming film '#RAPO19' have officially announced that Uppena fame Krithi Shetty is onboard for the film. It was us, who...
Read more