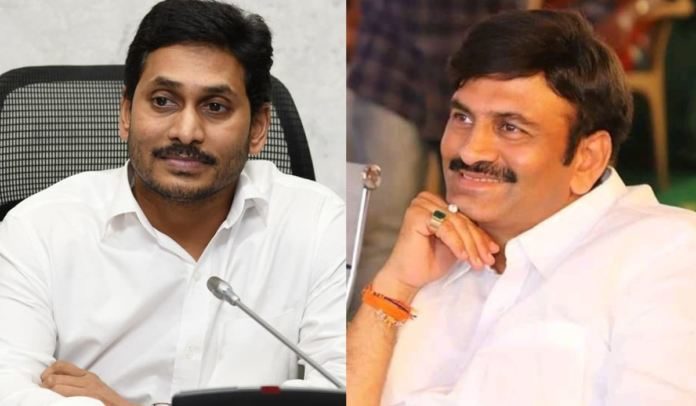 He further questioned the show-cause notice’s authenticity because it had YSR Congress on its letterhead. Raghurama Krishnam Raju said that the Election Commission of India had refused to register the party’s name as YSR Congress Party, because of which the party had been registered as Yuvajana Sramika Rythu Congree Party.

Raghurama Krishnam Raju met Union Defence Minister Rajnath Singh, Minister of State for Home Kishan Reddy and Union Home Secretary Aja Bhalla in New Delhi today. In his separate meetings with them, Raghurama Krishnam Raju discussed the current political scenario in Andhra Pradesh, and talked about the death threats that he has been receiving.

Raghurama Krishnam Raju further said that he’s been receiving threatening calls as he opposed several matters like TTD’s decision to sell some of the assets donated by devotees, making English as the medium of instruction in government schools, sand mafia, land and liquor scams. Upon hearing his concerns, the Union Home Ministry promised to provide protection for Raghurama Krishnam Raju.

Raghurama Krishnam Raju added that he wanted to discuss all of these issues with Chief Minister Jagan in person, but because Jagan was keeping busy, he had to make his statements using media. He also clearly stated that what all he had said were only suggestions and observations, and that he had never intended to go against the party or the CM because he is absolutely loyal to them.

The YSR Congress party will land into big troubles if it keeps its party members and its violent ways unchecked. This will be a huge drawback for the party in the future, if it has any plans to win again. It is high time the Chief Minister checks his members and makes sure that things get settled down before they become any more ugly.